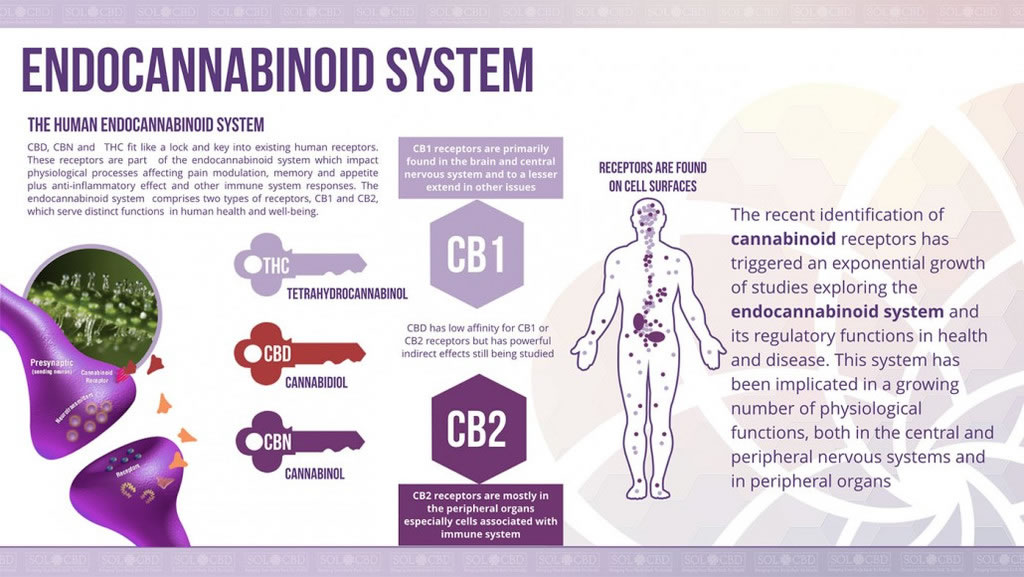 Medical Cannabis has been used for medicine for at least 4000 years. Twenty years ago the scientific basis for this cultural belief was confirmed with the discovery of the human endocannabinoid system (ECS). Here is a simple explanation, a more detailed document is here.

The ECS is comprised of cannabinoid receptors, endogenous ligands (binding molecules) for those receptors, and enzymes that synthesize and degrade the ligands.

The endogenous cannabinoid system, named after the plant that led to its discovery, is perhaps the most important physiologic system involved in establishing and maintaining human health. Endocannabinoids and their receptors are found throughout the body: in the brain, organs, connective tissues, glands, and immune cells. In each tissue, the cannabinoid system performs different tasks, but the goal is always the same: homeostasis, the maintenance of a stable internal environment.

Cannabinoids promote homeostasis at every level of biological life. Here's one example: autophagy, a process in which a cell sequesters part of its contents to be self-digested and recycled, is mediated by the cannabinoid system. While this process keeps normal cells alive, allowing them to maintain a balance between the synthesis, degradation, and subsequent recycling of cellular products, it has a deadly effect on malignant tumour cells, causing them to consume themselves in a programmed cellular suicide. The death of cancer cells, of course, promotes homeostasis and survival at the level of the entire organism.

Endocannabinoids and cannabinoids are also found at the intersection of the body's various systems, allowing communication and coordination between different cell types. At the site of an injury, for example, cannabinoids can be found decreasing the release of activators and sensitizers from the injured tissue, stabilizing the nerve cell to prevent excessive firing, and calming nearby immune cells to prevent release of pro-inflammatory substances. Three different mechanisms of action on three different cell types for a single purpose: minimize the pain and damage caused by the injury.

The endocannabinoid system, with its complex actions in our immune system, nervous system, and all of the body's organs, is literally a bridge between body and mind. By understanding this system we begin to see a mechanism that explains how states of consciousness can promote health or disease.

By providing the body with additional cannabinoids, medical cannabis is giving the body additional building blocks to promote homeostasis. It really is that simple. While humans can benefit from a simple broad-spectrum (whole plant) cannabis dose, a higher degree of effectiveness can be achieved through providing medical cannabis tinctures (also known as homeopathic medicines) that are targeted to a person's specific condition. With more than 120 known combinations of the different active ingredients found in cannabis, medical cannabis is actually a class of medication rather than a specific substance.

This research is all in the last 20 years, and has been seriously hampered by the illegality of the subject matter. Only in recent years following the legalisation in many parts of the world are we seeing the research to prove the value of medical cannabis.

The faster we let go of the past and embrace this amazing plant the faster Australians can have access to improved health care.