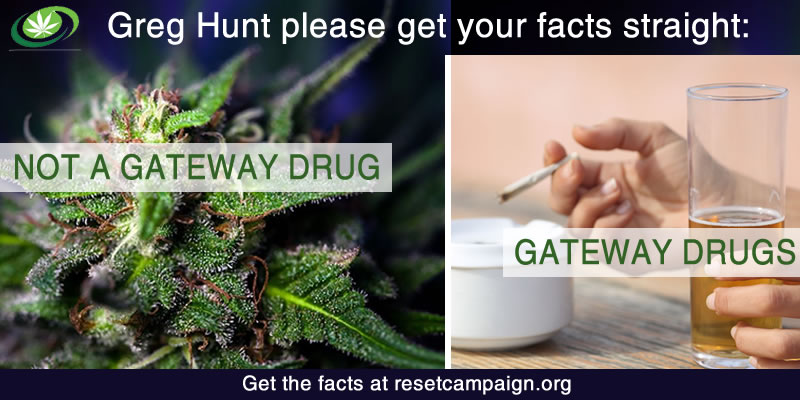 VOX: Is marijuana a gateway drug? Much of the conventional wisdom and middle school drug education say yes. But the research tells a different story.

The gateway hypothesis says marijuana inspires users to try other drugs: Once they get a taste of how fun pot is, they're more likely to want to see how fun other drugs are. So if marijuana is more easily available through legalization, believers of the hypothesis say, it could push people to harder drugs.

But this is an empirical claim — one that can be verified or refuted by research. So far, there's no solid evidence to support the gateway hypothesis. And there's some evidence that legalizing marijuana may actually reduce the use of other drugs.

There's no good evidence for the gateway hypothesis

Supporters of the gateway theory point to the correlation between marijuana use and the use of other drugs. Robert DuPont, president of the Institute for Behavior and Health, argued in the New York Times:

Marijuana use is positively correlated with alcohol use and cigarette use, as well as illegal drugs like cocaine and methamphetamine. This does not mean that everyone who uses marijuana will transition to using heroin or other drugs, but it does mean that people who use marijuana also consume more, not less, legal and illegal drugs than do people who do not use marijuana.

It's true that marijuana use correlates with harder drug use. But so does alcohol and tobacco use. There doesn't have to be a causal link between marijuana or alcohol and harder drugs to explain this; it could just be that the things that drive someone to marijuana or alcohol — boredom, depression, social circles — can just as easily drive them to other drugs. Perhaps the correlation is actually exposing those underlying factors, not some gateway effect.

A 2002 report by RAND's Drug Policy Research Center said that this explanation is at least as plausible as the gateway hypothesis:

The new DPRC research thus demonstrates that the phenomena supporting claims that marijuana is a gateway drug also support the alternative explanation: that it is not marijuana use but individuals' opportunities and unique propensities to use drugs that determine their risk of initiating hard drugs. The research does not disprove the gateway theory; it merely shows that another explanation is plausible.

Back in 1999, the highly prestigious Institute of Medicine looked at the evidence and reached a similar conclusion:

Patterns in progression of drug use from adolescence to adulthood are strikingly regular. Because it is the most widely used illicit drug, marijuana is predictably the first illicit drug most people encounter. Not surprisingly, most users of other illicit drugs have used marijuana first. In fact, most drug users begin with alcohol and nicotine before marijuana — usually before they are of legal age.

Since then, other studies have prodded at the question, similarly failing to find hard evidence of marijuana leading people to harder drugs.

That doesn't rule out the gateway effect entirely. But it should give proponents of it pause.

Marijuana legalization could lead to an anti-gateway effect

To the extent there is any gateway effect, it might be due to marijuana's illegality.

As drug policy experts Jon Caulkins, Beau Kilmer, and Mark Kleiman explained in their newly released book, Marijuana Legalization: What Everyone Needs to Know, it's possible that people may be exposed to harder drugs when they, for example, interact with their pot dealer. Once that dealer knows a marijuana user is a reliable customer, he may push his customer to trying harder drugs, such as heroin or cocaine.

There's some weak evidence behind this idea. After the Dutch liberalized their marijuana policies, a 2010 report by RAND researcher Robert MacCoun found "some evidence" for a "weakened gateway." This is by no means conclusive, but it suggests that marijuana legalization could actually prevent people from going to harder drugs by separating the cocaine and heroin dealers from the marijuana sellers.

Other research suggests that marijuana can act as a sort of anti-gateway. As the nation deals with an opioid epidemic, some opioid painkiller users are moving on to other opioids — heroin and fentanyl — to satisfy their addiction. But several studies have found that medical marijuana legalization can actually reduce opioid deaths, perhaps because patients can use pot to treat their chronic pain — without the risk of overdose and less of a risk for addiction — instead of highly addictive, deadly opioids.

The evidence on alcohol substitution is mixed: A 2015 study by UCLA researcher Rosanna Smart linked liberalized marijuana policies to fewer alcohol and opioid deaths among older adults, but more alcohol deaths among adolescents and young adults. But the research in this area is still fairly early, so it's hard to draw definitive conclusions from it.

Either way, the evidence suggests that marijuana's illegality — not the drug itself — may cause a gateway effect, and loosening marijuana policy may push some people away from much more dangerous drugs.

The verdict: Marijuana, by itself, probably won't lead people to use harder drugs

Putting all of this together, there's no good evidence that marijuana is a "gateway drug" or that any gateway effect would be worsened by legalization. The evidence suggests, in fact, that pot could stop some people from using harder, more dangerous drugs if it was legalized.

None of this means marijuana is harmless. Its potential risks include dependence and overuse, accidents, non-deadly overdoses that lead to mental anguish and anxiety, and marijuana use potentially causing psychotic episodes.

But the gateway hypothesis isn't supported by the evidence. Until that changes, the debates about marijuana should focus on real issues that are evidence-based.

The spread of marijuana legalization, explained

OzHemp.Rocks has new stories on cannabis + gateway drug as they occur.